Little Jack GORGON 188 is designed to pursue a “real” that is closely linked to the catch, such as action, form, and size.  GORGON makes a real swimming action like a live fish due to its unique 4-connected body.  Little Jack realized a glossy movement as if the bait fish are swimming.  From sub-surface to surface, slow to fast, GORGON can grab the water regardless of the speed of the water current and swim properly, anglers can capture a wide range regardless of target fish and area.  In addition to the natural swim by retrieve, it swims while standing up the rod, raising the dorsal fin and tail fin, leaving live ripples on the water and rod operation like stop & go, dirt and twitch are possible.  Weight balance that makes head float up when stopped.  Little Jack are also particular about the movement at the time of stop.  The 360° “real” form that includes an under angle that can makes it easy to use the mouth of a clever monster.  All fins are made of soft materials, giving a natural feeling of life to the GORGON. 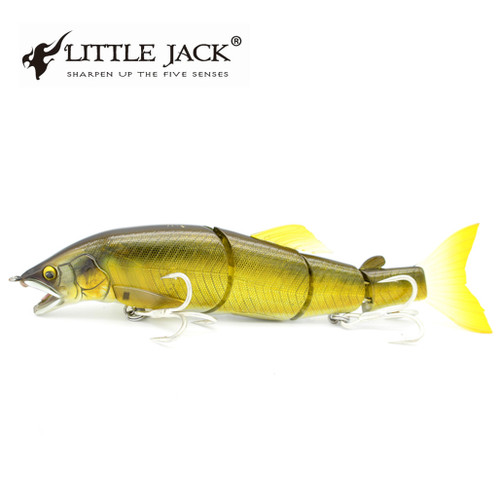